Out Of Our Depth

Well, this is odd.

A while ago, I wrote a response to an article in Meanjin published by a conservative author. Gray Connolly’s article had ended with a nautical metaphor (not unexpected for a naval man). That metaphor led to an extended riff on ships, sailing, and weather. And it begged for a suitable image. A few went through my head – including Gericault’s The Raft of the Medusa. However, Connolly’s Tory musing demanded something English and Classical. Turner was the obvious choice and I was stuck between Snow Storm and the Fighting Temeraire. I almost went with Snow Storm as its bleak dynamism fitted with the tone of Into The Maelstrom. However it seemed to go too deep too soon. Temeraire better echoed the plaintive sense of loss in Connolly’s writing, the doomed galleon that represents his brand of conservatism.

So today I saw a link on Twitter to a more recent article by Terry Barnes, a centrist conservative, in Meanjin. The article begins with the following sentence:

My favourite painting is J.M.W. Turner’s The Fighting Temeraire.

Shut. Up. Girlfriend. So once I got over the initial shock that Terry Barnes and I might have some unnatural psychic bond, I read the article. It contains some sound observations. It certainly goes further than Connolly’s in exploring what the future might be and what it means for politics. However it seems unable or unwilling to examine the root causes of our predicament and the consequences that follow. Some discussion of these will be useful.

Firstly, lets get through some housekeeping:

So far, so unremarkable. We do disagree on some details:

While this is all important, we have not fully explained how we got into this mess. Barnes points to the actions (or inactions) of individual politicians. He talks about the 24/7 news cycle and social media. But these are not the whole story. We are still circling around the hard word like teenagers on a dance floor. And the hard word is “neglect”.

The reason our “sensible centre” is all over the shop is that our political system is unstable. These issues are systemic and structural. And they are not just limited to us. These structural issues have developed across much of the Western world and they are the unintended consequences of our success. We know that we have neglected our physical infrastructure (roads, railways, bridges) as we have been content to coast on the investments of our predecessors. We know this because we can see it daily. What we cannot see is the equal neglect suffered by our political system but we feel its consequences. It would be tempting to blame our politicians for this mess but that will not do. The blame lies equally with us, the electorate.

Like it or not, our political system is dependent on political parties. Parties handle much of the day-to-day machinery of politics – assembling coalitions of members, feeding the hopes, desires and fears of those members into the political process, selecting candidates for elections at the local, state and federal level, campaigning for those candidates, and in turn mobilising their constituents in support of those policies. They are systems of transmission and organisation and transformation.

And they are dying. Some symptoms:

It would be tempted to blame this state of affairs purely on those who run political parties. Too keen on big money and stacked branches. Too fearful of engagement with the grubby, complaining, demented populace. However we must also take our fair share of the blame. We don’t show up to party events or local council meetings (unless our favourite tree is to be felled). We assume that someone else will do that. Democracy is largely somebody else’s business. Professionals. Technocrats. Sharp-elbowed graduates. Loud men with gold-buttoned blazers and high BMIs. Perhaps the occasional masochist.

A similar decline has occurred in institutional religious observance. While intellectual reasons have been given for this (e.g. the rise of science as a project, the growth of scepticism), those reasons do not convince me. We believe in a whole bunch of stuff that we chose to believe in. Rather, we don’t need to the shelter of institutions of meaning and protection from the harsh grind of life because for many of us (though by no means all) the grind of life has not been that hard (yes, I will have black pepper, thank you). Compared to pre-World War II, we have an enviable standard of living. While the last 30 years have seen a systemic assault on the concept of the welfare state, the remnants of that state still protect many of us. We feel that we can let organised religion and politics slip away. Now let me be clear. I do not think this is a bad thing. Not worrying about starving to death without the assistance of your church or your union is hardly a fault that needs correcting.

However that neglect has consequences.

The work that has most influenced my thinking on this is by David Runciman. In The Confidence Trap, Runciman write about the paradoxically chaotic nature of democracies – messy and yet resilient:

This is the confidence trap. Democracies are adaptable. Because they are adaptable, they build up long-­ term problems, comforted by the knowledge that they will adapt to meet them… Democracies are also competitive, which means that politicians will blame each other for their failure to tackle the long-­ term problems. However, they do it in a way that gives the lie to the urgency, because if it were truly urgent, then they would compromise to fix it. Instead they squabble. They are comforted as they squabble by their knowledge that the system is resilient.

In the book, Runciman is largely sanguine about the prospects for democracy. It has survived this far. It will keep on keeping on. However he does sound a note of caution at the end of the book.

But how can we be sure the pattern will keep repeating itself? We can’t. We should not assume that democracies will always be able improvise a solution to whatever challenges they face. There is nothing about democracy that guarantees this will happen; it is simply more likely to happen under democracy than any other system of government. The assumption that it is bound to happen increases the likelihood it will stop happening. It breeds the sort of complacency that allows dangerous crises to build up, invites decisive action to be deferred, and encourages brinkmanship.

It’s only in the last few weeks that Runciman has realised exactly how far that we have gone. Democracy is quietly falling apart in the corner and few are noticing.

The rot wasn’t a problem when times were good. And times were good for a while. Economic inequality in the US, UK and Australian between WWII and the early 70s – along with a period of strong economic growth (les trente glorieuses in France). The period after saw that inequality trend reversed but there was still growth. And then in 2008, the GFC came. We rode through it in Australia through a mixture of luck and good economic judgment. Other parts of the world were not so lucky. Identity politics (specifically the rise of an anti-globalist white nationalism) also played role. Those at the centre have continued to offer what worked in the 1990s and we are not in the 1990s any more (no amount of grunge or britpop will bring that back). They got us here and they do not present a way to get us out except with more of the same.

At this point we need strong political systems – and we do not have them. We have parties that are divorced from their electorates. Hence the focus on opinion polls and focus groups – they no longer have a direct connection to voters so they have to manufacture a semblance of one instead. This also makes it increasingly harder to “sell” policies to that electorate because politicians are no longer “us” but “them”.

The centre has no power to pull people in to it any more. Instead the pull comes from the edges. From the fever dreams and the zombie ideologies of the 20 century. My sense is that we do not have to listen to either the centre or the edges. We must make a fresh set of mistakes. If the centre cannot hold and things fall apart, then it’s time to make some new things.

So what do we do exactly? Right now, I’m buggered if I know. But we need start by recognising the state we are in. We have not yet hit rock bottom. Things will get worse before they get better. But there is a chance that they will get better if we act. 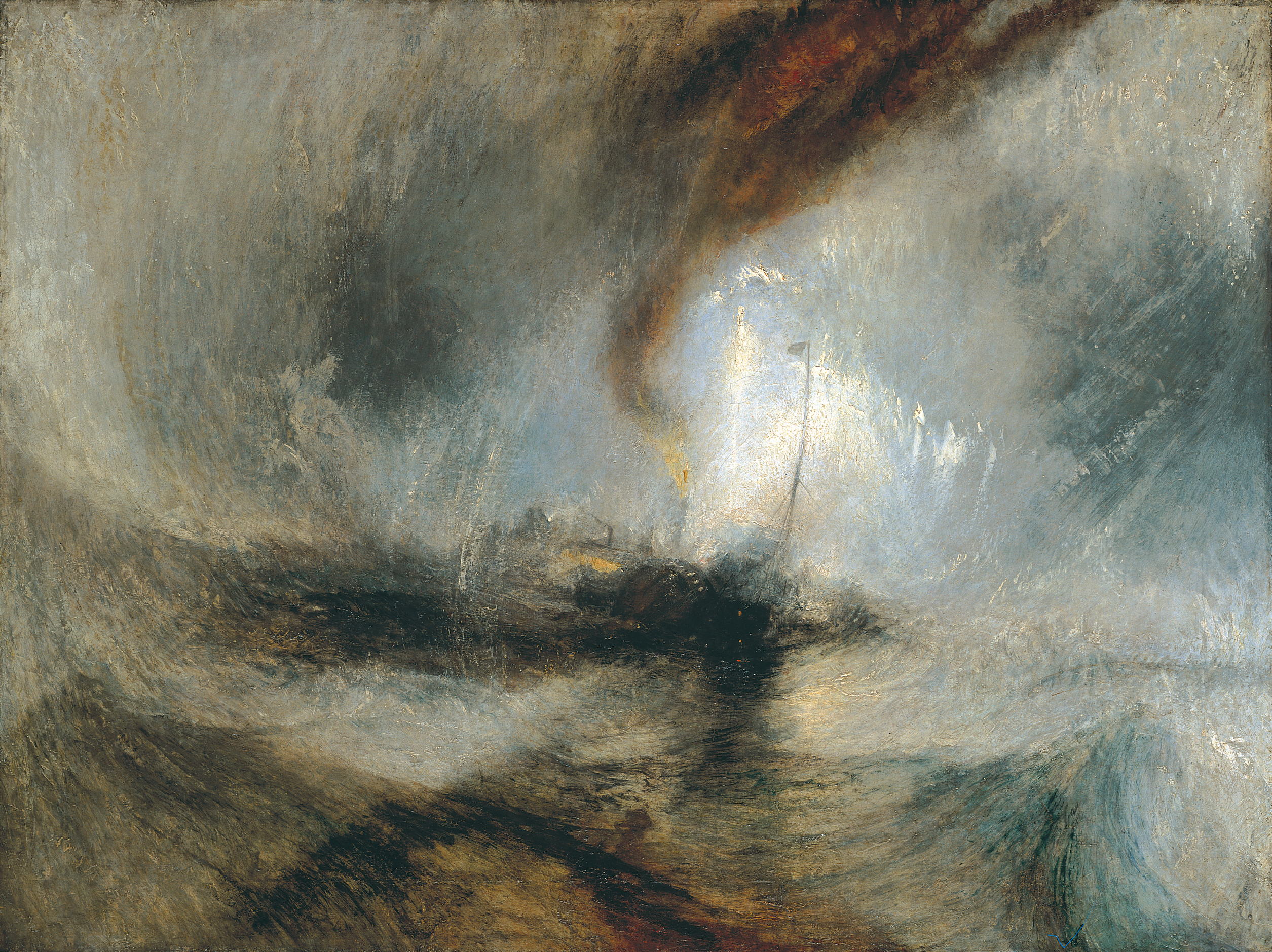 This is part of the Into The Maelstrom series.

This entry was posted in Uncategorized and tagged maelstrom. Bookmark the permalink.

3 Responses to Out Of Our Depth